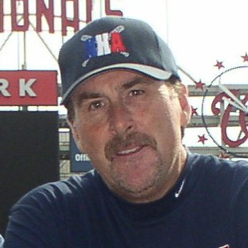 Steve is the co-founder of Advanced Baseball Training and Performance Center in the Northern Virginia. Steve is a Certified Performance Analyst for the rotational athlete and holds a degree from the University of Maryland. Through his affiliations with Major League Baseball International, Steve joined the MLB staff of Jim Lefebvre, Rod Carew, Bruce Hurst and many others in raising the level of play by teaching the Major League way to players and coaches from seventeen different countries. For two years Steve appeared weekly on ESPN Radio as a Performance Analyst for the striker thrower athlete. His work has been featured in such arenas as MASN sports network and MLB International. Steve also created and developed the hitting program and DVD “Train the Swing” with former NL Rookie of the Year, hitting coach and Manager, Jim Lefebvre. He also co-authored the book “The Art & Science of Throwing” with Dr. Tom House and was a contributor to the book “Building the Million Dollar Arm”.