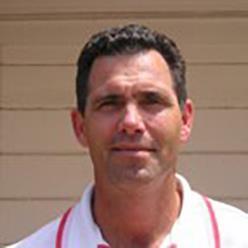 When it comes to baseball, Don Slaught considers himself to be a passionate student of the game. This has been true from his Little League days, through his high school and college years, and throughout his 16 yrs in the Major Leagues. He attributes his longevity to his commitment to learning and improving. In his first eight years in the Big Leagues, Don hit .269 compared to his last eight years where he averaged over .300; and in is final five full seasons, he had a .310 average. Don said he didn’t get any stronger or faster but he did get smarter. He said it was the elimination of some poor information and the understanding of some good information on both mechanics and his approach that allowed him to improve late into his thirties. Since retiring in 1997, Don has spent most of his time coaching at just about every level from Little Leaguers to Major Leaguers.  Don is the founder of the video analysis company RightView Pro and was the Big League Hitting Coach for the 2006 American League Champion Detroit Tigers.  Don is quick to point out that the success of a coach is not based on knowing how to hit but rather on knowing how to get others to hit.