No Spacing - The Missing Link 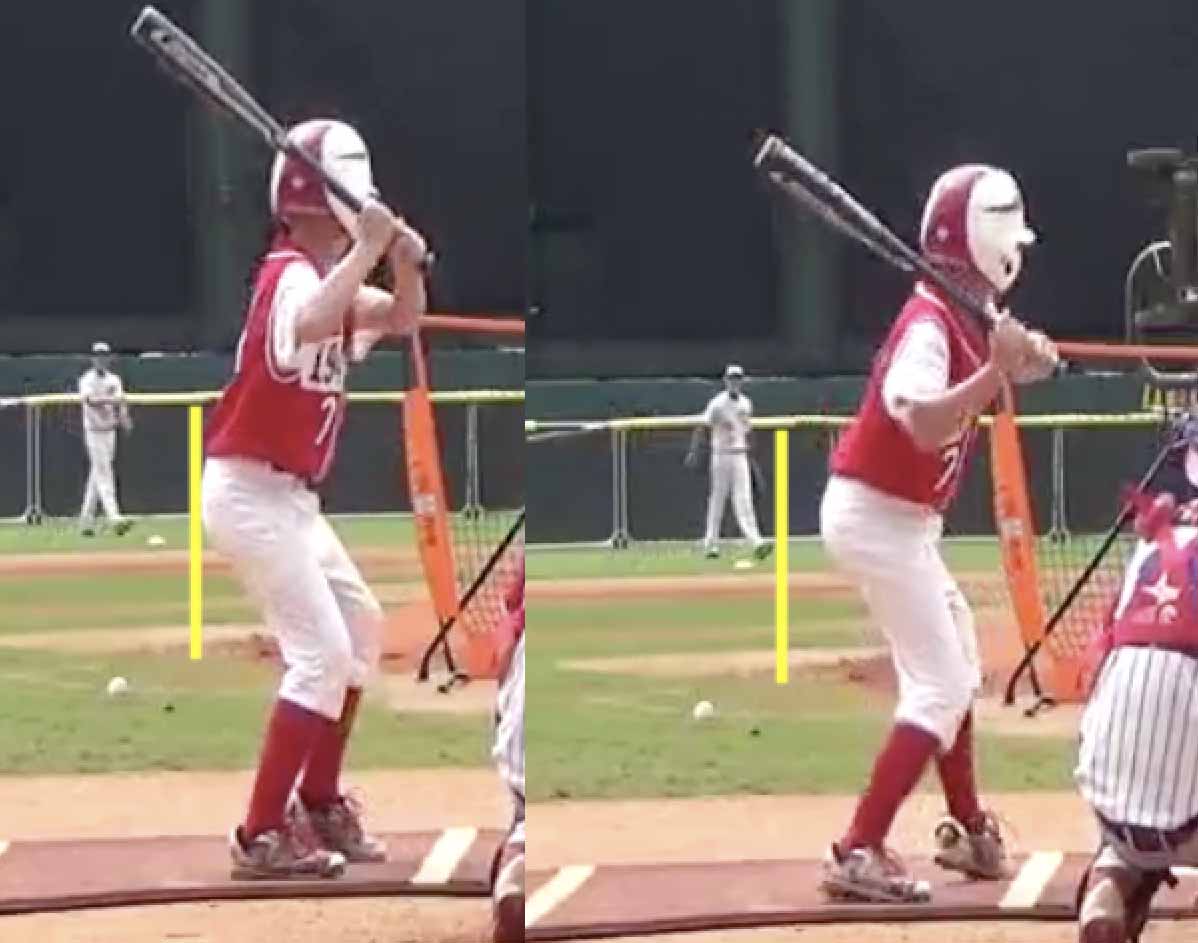 The easiest way to diagnose this characteristic is from the down-the-line camera view. At Stance, draw a vertical line behind the players butt.  Next, move the video to the Toe Touch Position and see if there is any space between the that line and the players butt.  If the player has moved towards the plate (and the ball is not down and away), then the player is at risk of having No Space.  You can also draw a line from the front shoulder to the front hip and then from the front hip to the knee. This should create enough room for the back elbow to swing freely past the back hip and down the line of the pitch. If the back elbow is loaded behind the players back and has to swing around the player’s torso then the player will be hitting in a small zone requiring perfect timing. Move the video forward slowly to contact and pay attention that there is room for the arms to swing past the hips even on an inside pitch. If a player is swinging the bat down the line of the pitch and hitting in a big zone you will see the arms and bat extended out through centerfield at Extension on both inside and outside pitches.